32 Smith has formed part of the township of Parramatta since the early settlement of the south side of the Parramatta River.

In early maps of Parramatta, the site remained unsubdivided and undeveloped land. There appears to be no structures present on the site until c.1804. From then, however, the site was occupied by various structures, possibly originally influenced by its proximity to the river. 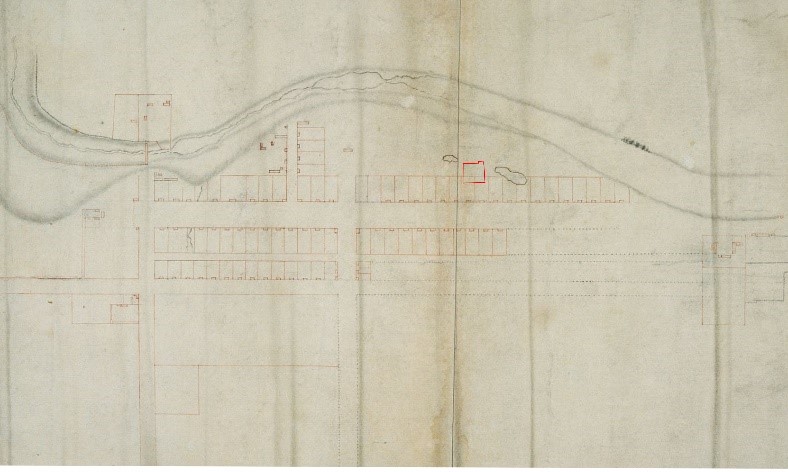 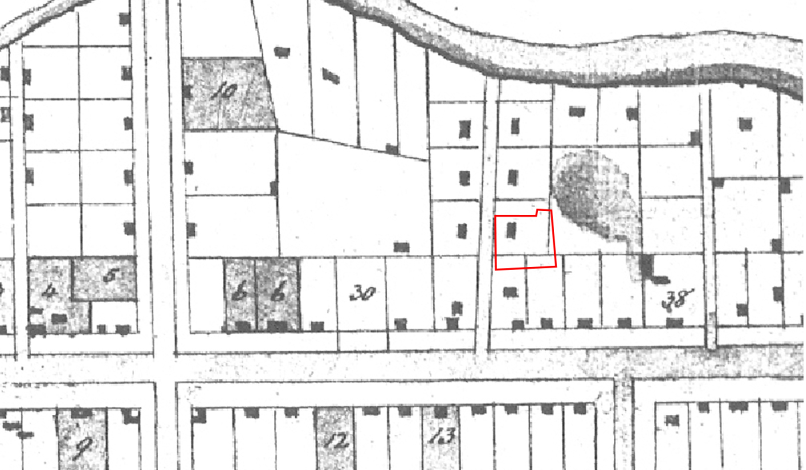 No other resources have been located to provide any further information on what type of structure it was shown on the 1804 plan, however, an early etching shows a line of simple structures (interpreted as convict huts) typical of the period.

By the 1850s Parramatta evolved into a bustling, industrial business and commercial centre that attracted entrepreneurs and businesses that put considerable pressure on the natural environment. 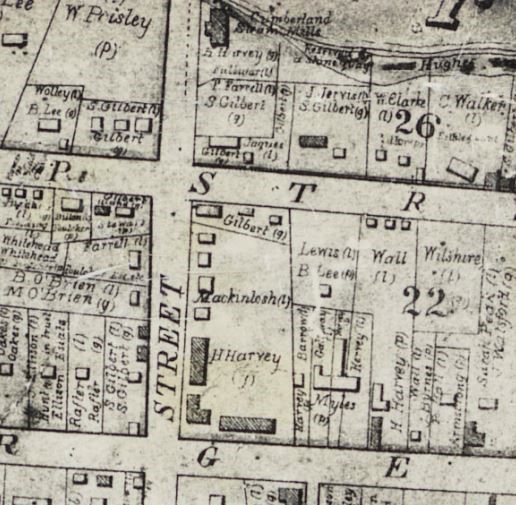 1844 Plan of the Town of Parramatta, by surveyor W Meadows Browrnrigg showing the names of Harvey and Gilbert on the subject site. Source: State Library of New South Wales, FL3690457.

The Army was founded in 1865 in London by one-time Methodist circuit-preacher William Booth and his wife Catherine as the East London Christian Mission. In 1878, Booth reorganised the mission, becoming its first General and introducing the military structure, which is retained to the present time as a matter of tradition.

Edward Saunders and John Gore led the first Salvation Army meeting in Australia in Adelaide’s Botanic Park in 1880. The Salvation Army commenced work in New South Wales and Victoria in 1882, followed in 1883 in Tasmania, Queensland in 1885 and Western Australian in 1891.

The Army had a rocky start in Parramatta and their presence was not initially welcomed by the local community.  However, the Parramatta corps (PSA) prospered and in 1886 it actively sought to build a barracks or locate a building to lease for a period of five years. On Monday, 4 October the same year, the Salvation Army officially opened their new hall in George Street. 500 members of the Army from Sydney attended the official opening.

By 1900, the Parramatta Salvation Army were renting out the Manchester Unity Hall in Macquarie Street. Here they held their regular meetings and led evangelist marches through the streets of Parramatta. The Salvation Army was a proactive philanthropic church with a range of social work missions. The Parramatta Corps was a generous, active group helping needy people in the community.

As early as 1949, the Parramatta Council were looking at the resumption of the Salvation Army Citadel in George Street as it wanted to plan two new streets to expand the central business hub. Due to the need for larger PSA premises, and the resumption of the existing Citadel site, the corps began looking for a new location.

Consequently, the PSA initiated a building fundraising scheme among its congregation. Three cottages in Smith Street were purchased by Territorial Headquarters for £6,500. The cottages were initially rented out to offset the repayments. The Salvation Army subsequently acquired a cottage in Phillip Street in 1964.

A building application for 32/38 Smith Street was received by Parramatta Council on 23 August 1968. The proposed development was briefly described as citadel, auditorium and office block.

During the planning process, the Corps decided that the new citadel when built was to be called a Peace Memorial Building, allowing donations to be tax deductible. Building commenced on the site in November 1968. A memorial foundation stone was unveiled at a ceremony on 3 May 1969.

Meanwhile, it was business as usual at the George Street Citadel. The final meeting was held here on 26 October 1969. Less than one week later, the PSA assembled at George Street to march to the new citadel in Smith Street, officially marking their move to their new home. Architect John Ryder presented the key to the commissioner who then officially opened the building. Within a few weeks of opening, the number of soldiers in the Parramatta Corps grew rapidly.

Image to the left: Detail from 1970 Aerial Survey showing Salvation Army Church Hall on the subject site. The two storey Newling & Walker Cordial Factory opposite the subject site can still be seen in 1970 but was demolished in 1979. Source: NSW LRS

In 2016, the PSA negotiated the sale of their Smith/Phillip Streets property to the GPT Group. The following year, the International Headquarters approved the purchase of 426 Church Street as a new home base and headquarters in the district. The PSA met for the last time at 32 Smith Street on 11 March 2018.